Our cadets assisted in running the Deepings Beer festival at the Deepings Rugby Club for the 4th year in a row.

They navigated incoming visitors through the car park and were also given opportunities to practice their radio communication and organisational skills when traffic flow became congested. Ensuring the safety of all cadets, staff were supervising incoming traffic from public roads before passing them over to awaiting cadets who then took over directional duties. Cadet Sergeant Venters took charge and organised rotas and buddies for the cadets.

While on duty directing the busy flow of traffic, cadets also managed to find some fun at the fair during their break (See photo). It wasn’t all work and after several hours, cadets got treated to a generous free portion of chips, soft drinks and enjoyed the on-site attractions.

Cadets left the festival with a big smile on their faces after a job well done despite the weather towards the end. 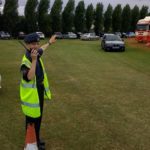 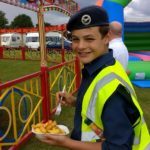 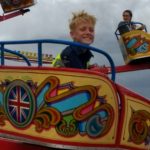 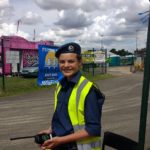 A big thank you to the local community and the event organisers for another spectacular festival.