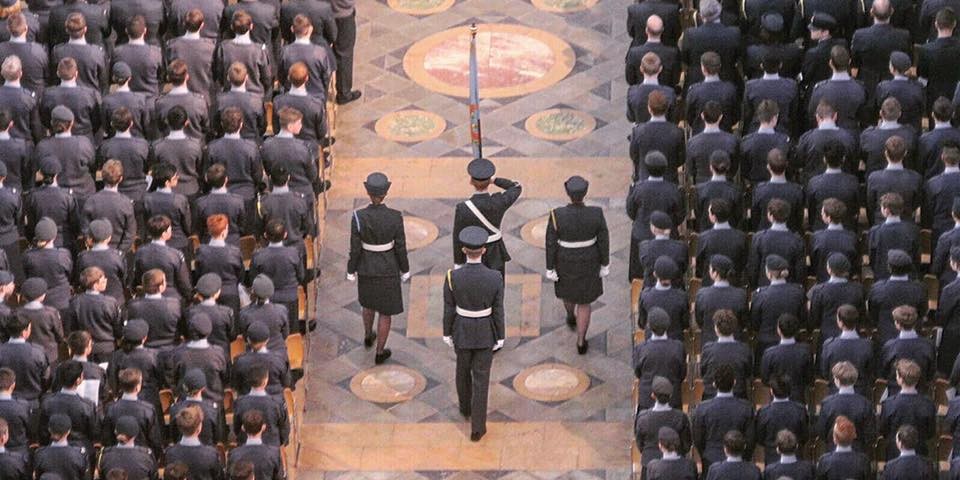 History was made in Ely on Sunday 7th Feb 16 when a record number of air cadets paraded through the city, including many from our squadron

The parade – the largest in the Bedfordshire and Cambridgeshire Wing’s history – was organised to commemorate the 75th anniversary of the Air Cadet organisation. A total of 750 cadets and 75 uniformed staff took part in the event, which also saw the wing’s new banner revealed for the first time at Ely Cathedral. Each squadron also paraded their own banner.

Wing padre, Roger Cresswell, held the service which included an excerpt from the memories of Peter Price, an air cadet who lived in the south of England during the Battle of Britain.

Wing commander Tony Kelly said: “Gathering so many cadets and staff for one parade was an opportunity for the whole wing to come together to start a year of celebration and pride in our achievements.”

Her Majesty’s Lord Lieutenants for Bedfordshire and Cambridgeshire, Helen Nellis and Sir Hugh Duberly KCVO CBE, took the salute and met with the cadets at a reception. They were supported by over a dozen mayors or deputy mayors from across the wing area.

Visit www.bedscambswing.co.uk to find out more.