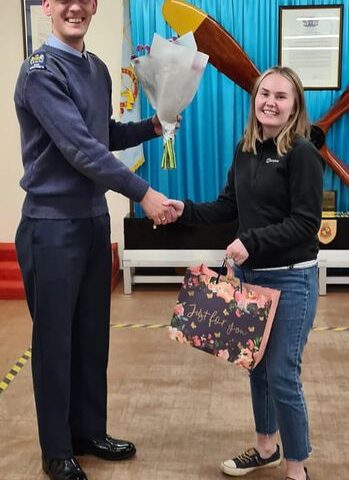 Last night we said goodbye to CI Taryn Carnichan as she leaves to join 1406 (Spalding) Sqn. Taryn has been with 115 as both a cadet, reaching the rank of CWO before leaving to train as a Paramedic. She rejoined as a member of staff and became our Training Officer. We wish her all the best at Spalding.

We also said goodbye to Sergeant Guest who was leaving after 6 years to join the world of work. He has been an active participant in many cadet activities both on the squadron and in public and wing events. Good luck in your new position. 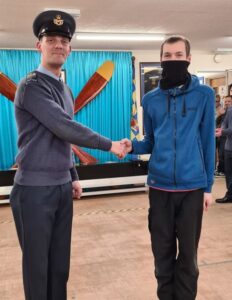