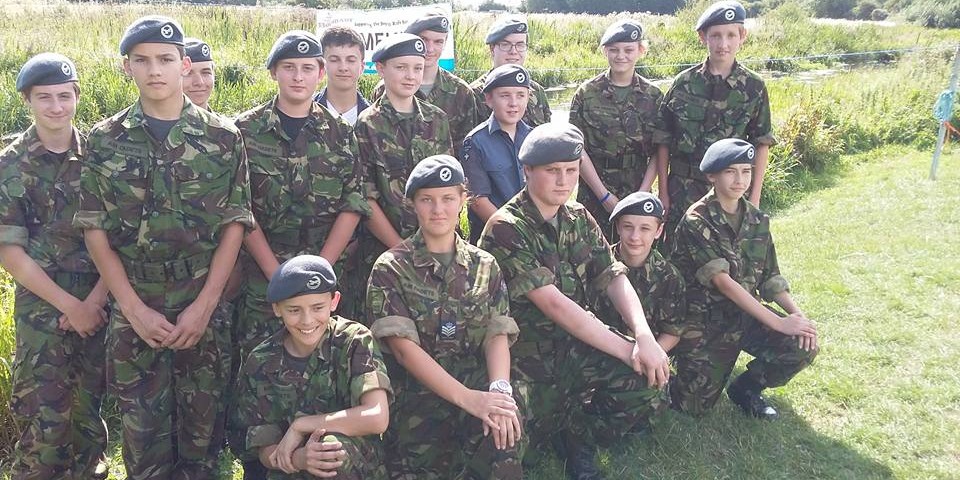 Deepings Dementia Awareness had a helping hand on Sunday when 18 cadets and 4 staff members from 115 (Peterborough) Squadron assisted in the sale of raft race wristbands and collection of donations.
This was the second year on the run that the squadron had been invited to lend a hand in the smooth running of the annual event, helping crowd control, collecting money for Dementia Awareness, advertising the Squadron and they even managed to squeeze in some help for the environment through litter picking after the races had ended.
Cadet Baranowski, a cadet who attended the event, said “It was an amazing day, we got to see the rafts as they raced up the river, some had technical issues when entering the water but most of them crossed the finish line. We were really busy all day raising money for Dementia Awareness and tidying but I enjoyed every moment of being in the community and assisting at such a fun event!”