WO Roberts is no stranger to 115 as he was a staff member on the squadron a few years ago.

WO Roberts is also the Wing Warrant Officer, the most senior non-commissioned officer in the Bedfordshire and Cambridgeshire wing of the Air Cadets.

As his first official duties on the squadron WO Roberts presented a Master Cadet certificate and badge to Cpl Fulcher.

He also had the pleasure of promoting cadets Courtier and Isley to Coporal, and promoting Cpl Richards to the rank of Sergeant. 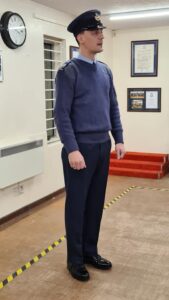 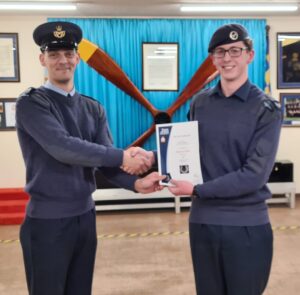 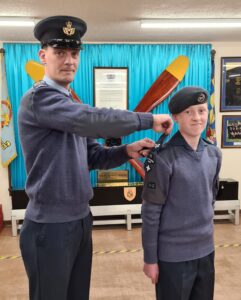 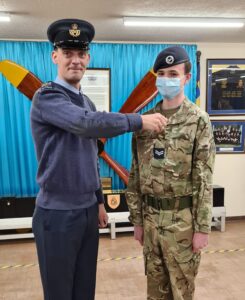 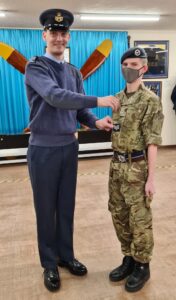