Each year the Royal Air Force Air Cadets nominates individual cadets as potential applicants for the prestigious role of Lord Lieutenants Cadet.
Area that are looked at are:
• Outline of the Cadet’s personality and character – length of service, rank achieved, leadership qualities, notable strengths and merits.
• Achievements in the Cadets – Cadet proficiency level and qualifications, Duke of Edinburgh’s awards, BTEC qualifications, representation at regional or national level.
• Other achievements and ambitions – school, sport, future career aspirations.
• Why this individual stands out from his/her peers and is deserving of the award.
If successful in their nomination, these Cadets accompany the Lord Lieutenant on various occasions, such as royal visits and civic ceremonies and assisting the Lord Lieutenant as necessary during these occasions. Not only does this prestigious appointment serve to promote the Royal Air Force Air Cadets in the eyes of the public but each cadet is the selected ambassador of his or her Squadron.
It is with great pleasure that Cadet Warrant Officer Alex Braybrook has been awarded the prestigious role of Lord Lieutenants Representative Cadet for Cambridgeshire for 2021.
Following a letter from Mrs Julie Spence OBE QPM, HM Lord-Lieutenant of Cambridgeshire, Cadet Warrant Officer Braybrook was advised of his appointment.

It is hoped that a virtual ceremony will be organised for Cadet Warrant Officer Braybrook to be meet the Lord Lieutenant of Cambridgeshire, where his roles and responsibilities will be outlined to him.

Cadet Warrant Officer Braybrook has had a distinguished career in the Air Cadets and this award is testament to his hard work, commitment, enthusiasm and dedication to the RAFAC. A truly deserved award. 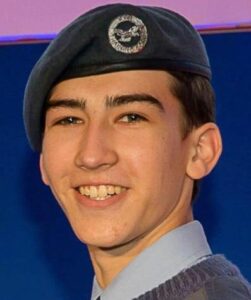 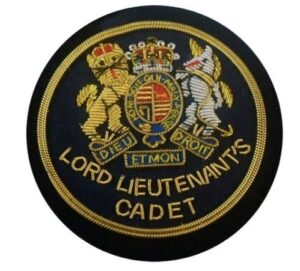